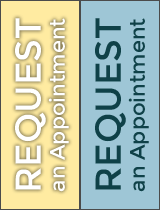 Do you often wake up in the morning feeling tired and out-of-sorts even though you went to bed early? If so, then you may not be getting the sleep you need because of a chronic condition called sleep apnea. During an episode of sleep apnea, a person’s breathing temporarily stops. Many people have undiagnosed sleep apnea. What is often diagnosed, however, is gastroesophageal reflux, GERD, or what is more commonly called acid reflux. And while there seems to be a connection between sleep apnea and acid reflux, the question is which comes first.

Dentists, doctors and researchers agree that there is probably a casual relationship between GERD and sleep apnea. In particular, obstructive sleep apnea may be the culprit. Obstructive sleep apnea is the most common form of the condition. While you sleep, you airway becomes obstructed when your tongue and other soft tissue in your throat relax.

Among people who have acid reflux, some 80 percent report that the heartburn they feel with this condition happens more often at night. Newton’s law of gravity can help us understand why this is. During the day when you are awake, your upright position prevents the acid in your stomach from entering the esophagus, which leads to that painful feeling called heartburn. However, when you lie down to sleep at night, that stomach acid can more easily back up.

Some sleep researchers hypothesize that when the soft tissue in your throat relaxes and obstructs your airway during sleep apnea, the pressure in your airway changes, which may cause acid reflux. Others think that acid in the esophagus causes your vocal chords to spasm and this leads to an episode of sleep apnea.

Regardless of which hypothesis is correct, the National Sleep Foundation suggests that anyone who experiences heartburn or other symptoms of acid reflux at night be tested for sleep apnea.

Sometimes, acid reflux can be remedied if the underlying problem of sleep apnea is addressed. At Weatherford Dental, we treat sleep apnea with an intraoral appliance that keeps your airway clear and prevents pauses in breathing. This appliance works by gently moving your tongue and jaw slightly forward in order to keep your airway open for clearer breathing. In addition, our Weatherford dental office recommends the following to relieve acid reflux at night:

We can help you find out more about sleep apnea and acid reflux and recommend appropriate treatment.